A Series of Missteps Leads to a Fall 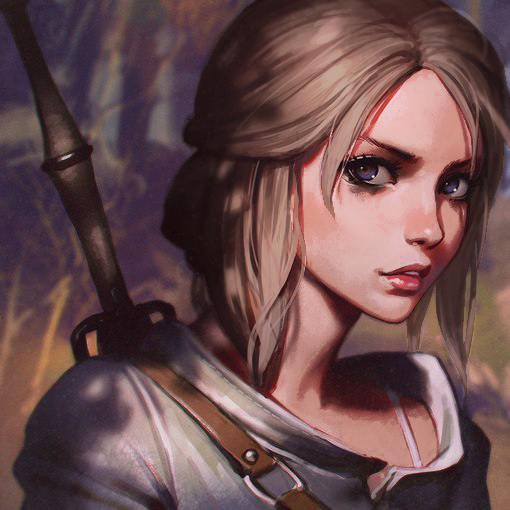 Schlinnnng……crunch. The sound of a wickedly sharp ogre hook punching through mithral plate. An equally wicked grin spread across the ogre’s grotesque lips. Lea’s eyes widened as she looked down at the end of the hook protruding from what was her sternum, covered in grime and blood. She tried to scream but the only thing coming up were gurgled gasps as blood filled her lungs.

“You got yourself a strong arm there,” the ogre mused aloud. “I’mma enjoy eating that last part, last.”

As quickly as it had entered, so was the hook removed, causing the young paladin’s body to shutter violently. Lea stumbled backward, bright crimson splattering on the unsteady rubble beneath her feet. No! This can’t be happening! Her violet eyes flared up brightly, only to sputter and dim just as quickly. NO! Iomedae please!! Her knees buckled, her limbs growing heavy, as she tumbled down the debris heap from where she stood, finally stopping as her body slammed hard against a chunk of fallen masonry. Lea let out a painful gasp. Her vision darkened, as she struggled to move. Iomedae please! I can’t die here! I… Her hand outstretched, reaching for the Earthbreaker just above her feet.

There were shouts and cries, but Lea could not hear them. Everything was dark, cold. The pain was agonizing, seemingly without end. Then suddenly, a familiar voice rang out in her mind.

“Don’t you know? Pride comes before the fall,” Elhayzar said.

Lea’s eyes opened to see the golden spirit standing over her where her Earthbreaker was. Her face was stern, her brow furrowed. Lea tried to speak but no sound came out, her throat was coated with blood, causing her to cough and wheeze.

“And a prideful and careless child you’ve proven to be, Ecclesia Ionomia. Greedily you enjoyed slaughtering the Grauls, proud of the plans you so haphazardly constructed. Again you strove headfirst into a contest with ogres, trying to outshine your predecessors, envying their glory. Iomedae has no use for failed martyrs. Your light is fading quickly, and if it were up to me it would be extinguished here and now. What a royal meal for ogres you would be!”

Elhayzar’s arms and wings swing in a wide gesture, as she then shakes her head and frowns.

“The Inheritor and The Gold-Fisted feel differently, and so here I am once again. The Gods have taken an interest in you blessed child, even that drunkard Cayden Cailean is watching in earnest. As are more malevolent forces seeking to see you fail.”

Elhayzar’s hand stretches out toward Lea, and a golden light shines upon her wounds. Lea’s body convulses in pain as bones and sinew are being magically knit back together, and torn muscles and organs stitch close. Lea gasps and cries out.

“See that you remember this feeling, this despair, this anguish,” Elhayzar chided. “These were your failures. See to it that you do not fail her again. Ogres are nothing to trifle with, so be careful.”

Another golden light flashes out, this time from a different figure out in the distance. The world around her starts to take shape again as Lea’s breathing starts to return to normal.

“That Abadaran Aasimar of yours knows your prayers have been answered and he’s attempting to bring you back into the fight. Awaken, Ecclesia Ionomia, and let us join the others in battle.”

With that Lea’s eyes opened once more. She took a loud gasp and coughed as the cold mountain air filled her lungs.

“She’s alive! Lea quickly we need you!” Zavian shouted, charging off in the distance.

Throw Down the Gauntlet

The Hills Have Ows