Rise of the Runelords Prelude 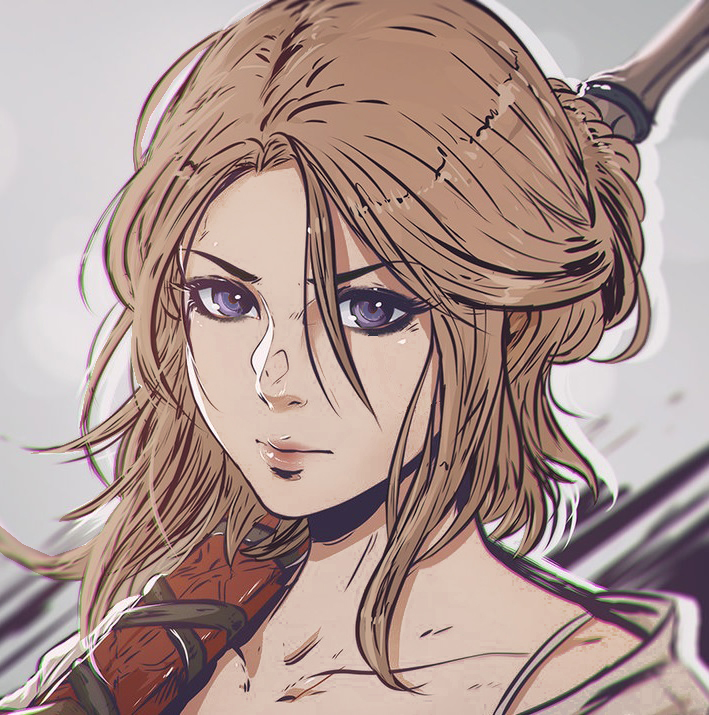 Tap, tap, tap. Softly the rain fell against the stained glass on the eastern wall of Aquilos’ study. The tired King sat in a modest but well upholstered chair facing a small fireplace, breaking his stillness to reach for his wine cup. He took a sip every so often as he stared intently into the flames cracking in the fireplace.

Five months, he thought, five months of careful planning and negotiations… It took years of maneuvering to get the Jeggare’s to settle for a mid-level marriage alliance with Ecclesia as the price for their support in many of the social reforms and public works projects that had just started to bear fruit. The Jeggare boy was a bit of a problem, much like his daughter in some respects, but he would suffice in order to secure their continued support. At the very least Aquilos could have said he’d tried, so long as Ecclesia proved to be charming and agreeable.

Perhaps he was only fooling himself; a want that had very much gone awry. That could only be the explanation to as why he clearly he underestimated her stubbornness, much like his own, and allowed a few dramatic hours ruin plans years in the making. The evening played back over and over in his head, calculating each point that led the conversation between his daughter and the Jeggare boy to go south: an ill-humored jest, a tactless explanation, and too much wine opposed by apt barbs, a sober wit and finally an overzealous left hook. In any other situation, in a different place, a different time perhaps, he might’ve been proud. The monumental work that will now be required to mend the evenings events quickly dashed that thought as he returned to his wine.

“Damn that foolish girl,” he muttered, taking another sip.

A soft knock came at the door before it creaked open. Without awaiting acknowledgement, a tall, lithe girl with long, light brown hair had entered. Her face was proud and determined, at odds with her soft, lovely features quite like the loose and ill fitting clothing she chose to wear. Ecclesia gathered the words she practiced out in the hall, only to have her father, still looking into the fire, speak first.

“I thought I told you to wear the dress your sister Ryah picked out for you tonight.”

“Father,” Ecclesia responded, " I didn’t come here to talk about my attire."

“No I supposed you didn’t,” Aqulios retorted flatly. “I suppose you came to explain and apologize for your behavior earlier this evening.”

“Apologize?” Ecclesia said, “I have nothing to apologize for! Monty had it coming; I simply obliged. He should be thanking me it happened in private and not at court! You, on the other hand, should have something to say to me for springing that horrible excuse for a man-child on me without the courtesy to at least run the idea by me! You tell me to show up to dinner, which you never do, wear something you know I’ll hate and expect me to pretend I’m okay with you marrying me off to the first daft lordling that comes to the door?”

“Are you quite finished?” Aquilos said, holding back what anger in his voice as he stood to face her. “Because once again, you’ve failed to see with those godsdamned eyes of yours the bigger picture and the consequences of your actions!”

Godsdamned eyes, she winced. An insult she only half understood. Partly because no manner of probing could get her father to explain it nor did anyone else in the household understand it.

“I made myself very clear when I had the servant drop off the dress,” Aquilos continued. “‘Wear the dress, show up to dinner this evening with our guests, and be as charming and open minded as I knew you could be.’ You managed none of those things. You must have realized the importance of the Jeggare’s coming to the castle: To get them one step closer to signing off on doing more to help our city, to inject the additional capital to fund the projects that would uplift our working class Ecclesia! And nothing comes out of their coffers without a price, and a marriage alliance with the royal house is what they sought. I wasn’t going to have you married tonight, but I needed them to see you at your best. From a great showing on your part and a predictably poor showing on their son’s we could’ve come back to negotiations and taken the marriage proposal off the table. Instead you busted any chances of that happening the moment you broke their boy’s nose. Years of talks, months of planning, gone within an hour! Monty is a mean-spirited fool, but not every problem can be solved with your fists, no matter how strong your convictions are.”

Aquilos paused for a moment to let his words sink in before continuing in a quieter tone, “I’ve clearly overestimated your abilities, and you’ve left me with little options for you. If I can’t trust you to mind your temper in private how can I have you serve out in public?”

Her downcast eyes immediately shot back up, her furrowed brow betraying her response. She had only brought up public service at the Cathedral a few weeks ago after he’d barred her from military service in Sable Company or within the Guard. Serving in the Korvosan Army like her brother was out of the question as well. If she convinced him to allow her to help in the Cathedral, perhaps she could then learn under the Knight Captain. Perhaps that could lead to her to Lastwall like Ser Arlynn or Ser Irabeth. As if with sharp shears she could feel this path being violently cut away from her, leaving her once again stuck purposeless within the confines of the Castle.

“Y-you can’t take that away from me Father! " Ecclesia stammered out, holding back tears, “I can feel her calling me. It rings in my ears, it swells within my heart! I can’t hardly contain it now. I wasn’t meant to sit in a cage of stone and iron my whole life!”

“You were meant to do as you are told!” Aquilos roared back. “How many times must I explain this to you: You are a princess of Korvosa! It is our duty to serve our people in whatever capacity that is needed. We need to sacrifice our wants and desires in what’s best for our city. Your siblings understand this and have found joy in their place. Why must you constantly challenge me on everything I put before you?”

“I don’t understand what you’re so afraid of!” Ecclesia protested, " How can you be so certain of what my path is if you don’t let me do anything?! Anytime I show promise in something you suddenly see doom for us all and I’m forbidden from continuing!" The tears were streaming down her face now, gliding off familiar slopes of her cheeks. “Why do you only look at me as a problem to be dealt with instead of as your daughter, like Ryah or Rem?”

The stern king’s face softened, she struck an all too familiar wound in his heart. Out of all his children, save Telus, he has been the strictest with her. But unlike his firstborn, he held her at arm’s length when it came to his affection. He told himself it was necessary to keep her from harm, to prevent a second darkness from taking hold on everything he had built and held dear. The price never got easier, and each year, each argument, each word the price grew heavier in his heart.

“You know that’s not true, Ecclesia,” he responded softly, his eyes fixed on hers. “I love you just the same as all my children. Your mother and I want only the best for you, so you don’t have to make the mistakes and sacrifices we had to make. Especially given your unique circumstances.”

There it is again, she thought, wiping the tears from her face and regaining her composure. If it’s not ‘Godsdamned’ it’s ‘unique’, and neither tell me anything… Ever since her unusually late conception and birth, her life had always been treated with a mix of malevolent omen or miraculous blessing. Her violet colored eyes a constant reminder of how different she was from the rest of her family.

“Enough!” The king shouted, his weary face growing stern once more. “You’ve made your point clear. Despite what you think I can compromise. Instead of punishing you for your disobedience, I will instead confer with your mother on what path you will take. In return you will obey with what we decide without question or protest, do I make myself clear?”

“It’s the only other choice you’re being given. " Aquilos said flatly, " And it will be the last one. In the meantime you will stay in your room until we call upon you, is that clear?"

“Clear, father.” She replied, gritting her teeth. With that, she gave a small bow, turned and marched out of the study. He sighed deeply as he returned to this chair in front of the fire.

“One way or another, that girl is going to be the death of me…” he muttered.

Aquilos had been pacing angrily in his study for several hours early that morning. His legs protested but his rage sustained him.

He had arranged for an early morning start for the celebration of Ecclesia’s birthday, but the girl was nowhere to be found on the castle grounds. The initial panic soon gave way to anger as they discovered the note she had left him in his study. Her defiant words fanning the flames of his temper as he waited impatiently from the scouts he’d sent to retrieve her.

When the report came back from Harse, it confirmed the worst case scenario: she had help and a hippogriff. Her head start meant she was beyond his reach for now. He plopped down in his chair in front of the fire, gave the order to cancel the celebration and to put out the official statement; the princess has fallen ill once more and celebrations will resume once she’s made a recovery.

That girl is going to be the death of me…he told himself, gazing once more into the embers of his fireplace.

Somewhere over the Mindspin Mountains, 19 Rova, 4732

The morning sun had just begun to peak through the storm clouds from the night before. Ecclesia held on tight to the guardswoman’s waist as they soared through the air upon the hippogriff’s back.

“Father’s probably furious with you,” Ecclesia said into her ear," I’m sorry I got you into this mess."

A wry smile flashed across Remmy’s face as she replied, " Don’t you worry about that Lea. It’s high time I returned the favor on Nox for using me as an anchor for that Erinyes general. Did I ever tell you that story?"

“Quite a few times, but it’s one of my favorites. Besides, we have some ways to go before we get to Lastwall.” Ecclesia smiled.

“Well, it all started when your dad decided to ‘do something nice for me’ after his little visit to the Grey District…”