Astrid’s elven father, King Thalion, resides in a small kingdom of Isandria, somewhere in Varisia with his elven queen, Tavara. Almost half of the population is made up of humans and other non-elven humanoids. However, a group of pure-blood elves have secretly banded together to form the Highborne, a faction dedicated toward keeping Isandria under pure-elven control and whose membership includes Queen Tavara. Five years after their son, Prince Eldrin, was born, Thalion met Lydia on the outskirts of the kingdom on his journey home and fell in love.

Due to the affair, Lydia became pregnant with Astrid, which one of the members of the Highborne discovered and revealed to Queen Tavara. As an act of animosity, the queen ordered her men to hunt down Lydia and capture her. When informed of the news, King Thalion had Lydia be sent to a small village hidden and distant from the kingdom for her and unborn Astrid’s protection.

Eldrin eventually learned of this news as he grew older and Thalion would periodically send him to patrol along with guards to watch over the small village. Prince Eldrin secretly formed a friendly relationship with Astrid, disguised himself as a commoner from another village, and even gave her a sacred double-bladed sword, which could only be wielded by members of the highest bloodlines and grows stronger with the user. Lydia knew of his concealment but kept it even from Astrid.

One night, the village fell victim to a Giant raid. Prince Eldrin became aware of the raid and personally lead some of the King’s Guard to fight and push it back. However, his body was never recovered from the flames that engulfed the village and is presumed dead. Astrid managed to survive, but at the cost of her dear mother Lydia, who revealed onto Astrid the truth of her lineage with her dying breath. The revelation hit Astrid to the core, especially at the knowledge that her childhood friend, was actually Prince Eldrin her half-brother. (The raid was likely organized by the Highborne to keep their actions of purification secret) 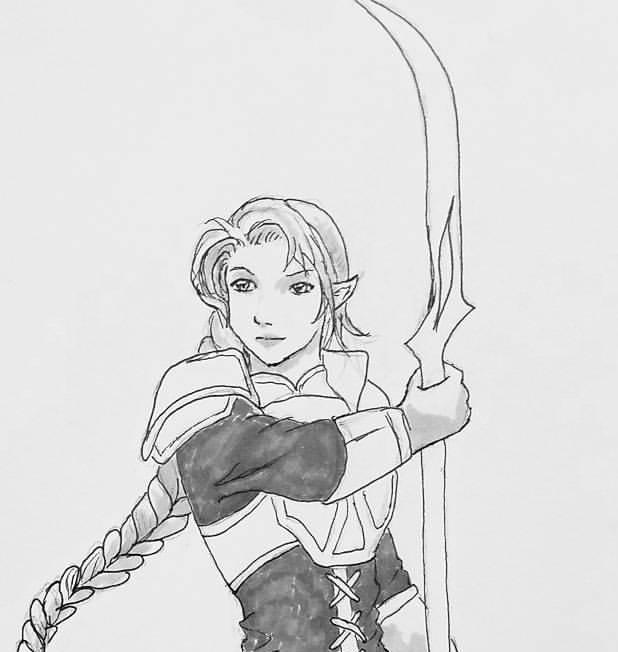