A Paladin of 16, Ecclesia has a slim, athletic build with Chelish features, with the exception of her wavy, light brown hair. She is approximately 5’8". Her most striking feature is now her heterochromatic eyes: the left eye is Crystalline Blue and the right eye retaining it’s Amethyst color. She’s typically found in her now iconic mithral plate armor that sports the royal Korvosan Colors, blackened mithral plate with golden accents, a crimson cloak and tabard with Iomedae‘s holy symbol on it. No longer wielding Aztalnok, she comissioned a greatsword she christened Iomedae’s Wrath that now is slung across her small back.

Ecclesia is a fiery young woman, strong in convictions but stubborn. She is driven by her sense of duty and honor, tempered by the strong bonds she has formed. She has a bit of naivety about the world and how it works, though recent experiences have given her an advanced course. Her brush with death has had an effect on her, though she tries to hide it with humor.

She has a fondness for horses, learning and theology. Unbeknownst to her, she has a habit of picking up “strays”. Being the younger of five siblings, she does have a bit of a temper, which can be easily pressed by those who know her well.

Ecclesia is the fourth child of King Aquilos Nox and Queen Cressida Kroft of Korvosa. She was born on Rova 19th, otherwise known as the Day of the Inheritor. She has a birthmark in her irises are Amethyst in color. Her birth sparked controversy and gossip within Korvosa due to the advanced age of the Queen and the fact she was born a month earlier than expected, leading some to suspect divine intervention or at least a celestial affair on behalf of the queen. The birthmark exacerbated these rumors, and while the monarchy vehemently denies these rumors, young Ecclesia was largely absent from the public eye in her early childhood. The birth of her younger sister, Aquila, 3 years later finally put most of the rumors to rest (and sparked new ones).

Although she has grown close to many of the inhabitants of Sandpoint, none hold her attention as much as Ameiko Kaijitsu, Lea’s girlfriend. She also has a soft spot for her protege, Seleval , whom she sees a lot of herself in and believes it is also her duty instruct in her Goddess’ ways. 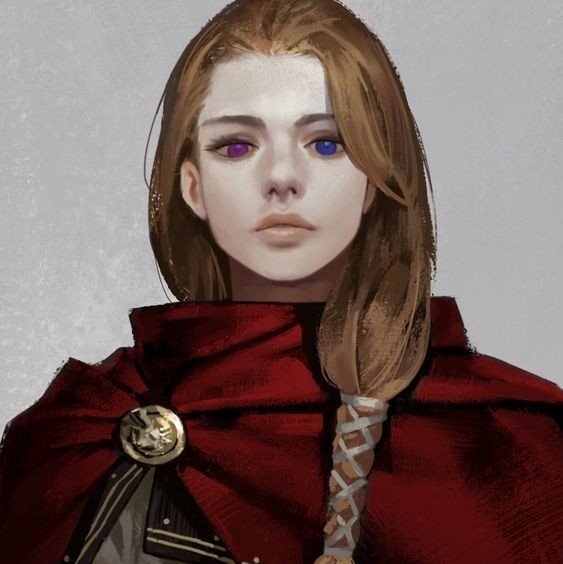