Marcus is the only child of Flint and Clairian “Arrowsong” Fengwathil. Marcus has lived his whole life in Sandpoint and starting from the age of 5 did so without his parents as they had left Sandpoint to pursue adventure, fame and fortune. His parents would occasionally visit Sandpoint between adventures to rest, relax and leave money for the villagers that had cared for Marcus while they were away. This has lead to a strained relationship between Marcus and his parents who he feels simply see him as obstacle to their lifestyle.

Marcus was left in the care of Das Korvut and his family but he was very much a child raised by a village that is Sandpoint. Marcus’ intellectual curiosity and magical talents (traits he inherited most likely from his mother) led Marcus to pursue a basic understanding of many crafts and specialties in the town. He often watched the goblins scrounge through the scrap yard at the edge of town and spent a fair bit of time with the tailors, wizards and smiths of the town. Always indulging in a new area of knowledge and craft that often peaked his interest for a short time before moving on to something new. This left little time for Marcus to make friends with others his age. His half-elf heritage was also a barrier for making friends but Marcus often valued his alone time more then social interaction. Perhaps Marcus felt that being useful to others rather then nice was a good way to avoid being a burden to others like he felt he was to his parents.

Marcus was on the road to becoming a talented Wizard when “The Late Unpleasantness” befell the town of Sandpoint. Afterward, with the town traumatized by the events and his adoptive family forever broken, Marcus threw himself into blacksmithing in order to help Das Korvut run the Smith since it was the least he could do for the closest person he had to a father. Marcus became a suitable smith of his own in time. Marcus’ world view was also changed by The Late Unpleasantness. It had driven Marcus to the belief that the tragedy of that time could have been avoided if only the townsfolk had armed themselves and were willing to defend themselves from the cruelties of the world around them. That the deaths of the town were the result of those who were too sheltered or too comfortable to recognize what evil awaits to take them at the first chance. This did not sit well with Das Korvut who shortly after his family’s slaying resorted to drinking his life away.

Marcus eventually gather enough funds for a wagon, mules and an inventory of weaponry to travel to the local villages and settlements selling arms to those willing to buy a means to defend their homes and livelihoods even if Marcus usually broke even. Marcus did so to help better prepare and warn those Marcus felt were the most vulnerable to would be thieves and murderers. Still, Marcus would always returned to Sandpoint to continue his work and new found profession. Keeping an eye on Das Korvut in his remaining days and keeping an eye out for the next tragedy to strike Sandpoint.

Next time, Marcus always told himself, he would be ready! 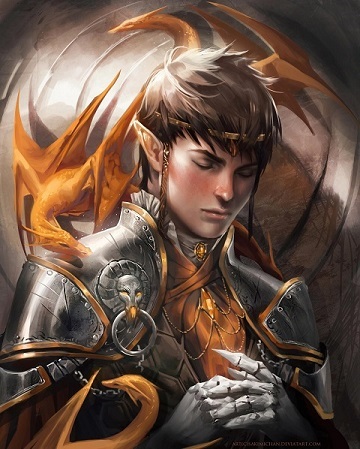